Are We in a Housing Market Bubble? 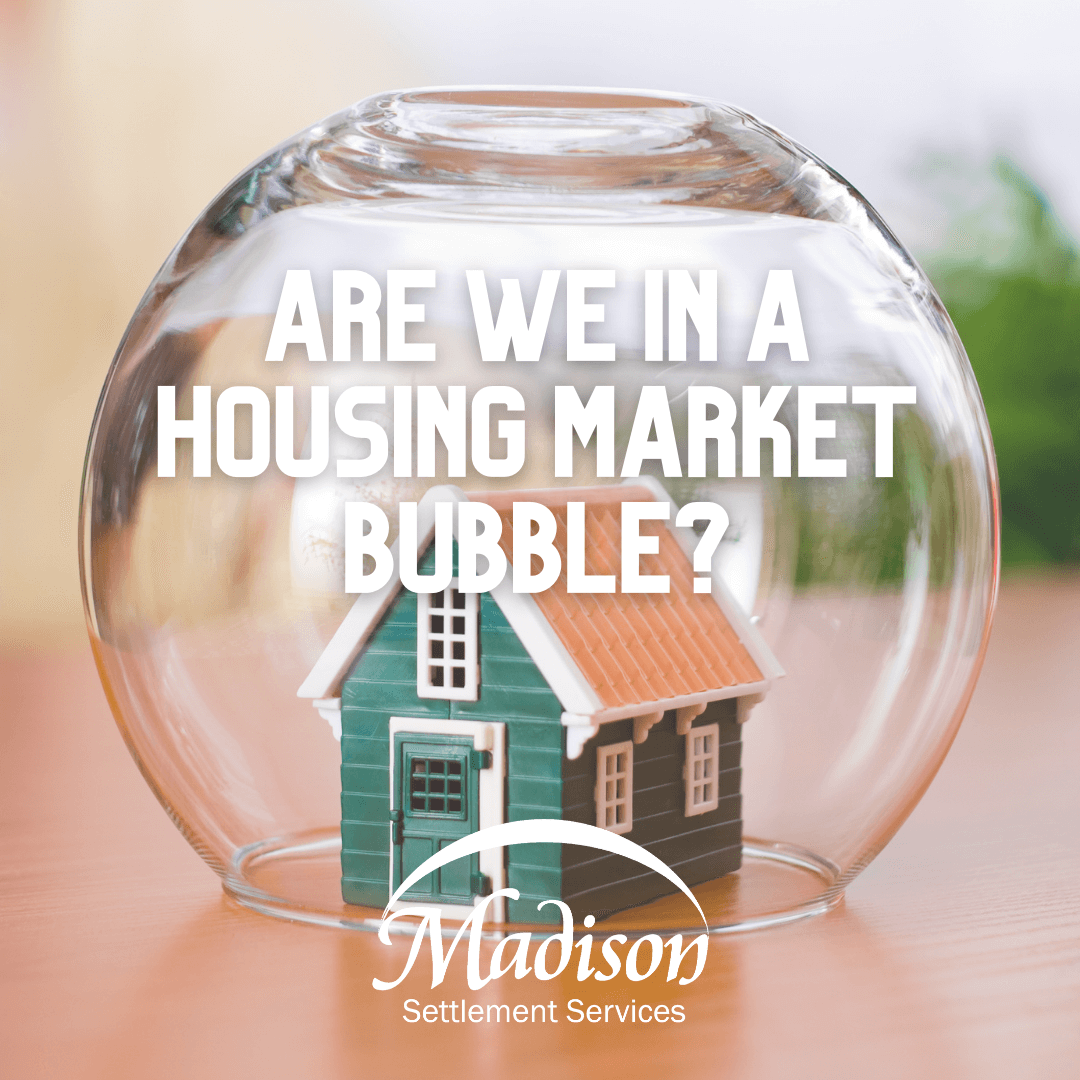 Sorry to burst your bubble, but we’re not in a housing market one, housing experts say

Historically low inventory leading buyers to make rushed decisions. Bidding wars helping push up record high housing prices. Many in the nation’s largest homebuying generation are being priced out of markets nationwide. Are these the signs of a housing bubble?

It’s hard not to look at the unprecedented territory of the U.S. post-COVID housing market with a twinge of fear that the country is returning to conditions that existed before the collapse around the Great Recession.

As common as the question is these days, economists say today’s market boils down to the simple economic principles of supply and demand.

“I was thinking, ‘What is really a bubble?’” said Selma Hepp, chief economist of CoreLogic. “There is no firm definition of a bubble.”

“To some people, high appreciation is going to be a bubble. To others it’s high speculation,” Hepp said. “Generally among economists we think when there is an increase in speculation, when people are buying based on expectation of appreciation as opposed to that need for housing, that’s when we could be in a bubble.”

Signs of a Healthy Real Estate Market This Year

Yet there are many more signs that point to a healthy market that was sped up due to unique conditions brought on by the COVID-19 pandemic. In a way, the pandemic may have led buyers who ordinarily might have purchased a first or second home in a few years to do so much sooner.

“One question we don’t know for sure is how many people moved forward to buy a house because of the stimulus and low interest rates that they would have bought this year or next year,” said Doug Duncan, chief economist at Fannie Mae.

That expedited purchasing might not make it any easier for those who are getting squeezed out of entering the market for the first time.

“Everybody is going to have their own mindset and excuses to do or not to” buy, said Kyle Alberto, an agent with Porchlight in San Diego. “I just explain [that] buying now versus holding off and waiting for a bubble to burst is likely going to put you in a place where you’re paying the same price or more but at a much larger interest rate.”

There are a few things that make the market’s ongoing ramp up fundamentally different this time around. More recently, the market has been driven by much healthier, fixed-rate and 30-year mortgages that give owners certainty after buying.

“We have much stronger borrowers [and] less risky loan products,” said Nicole Bachaud, a Zillow economist. “The vast majority of buyers are getting 30-year fixed mortgages … If you lock in a 30-year mortgage your monthly payment is not going to be changing.”

While that rate is rising and expected to keep climbing, it pales in comparison to the rates from 30 and 40 years ago. Lenders are also taking fewer risks when it comes to qualifying buyers. Foreclosures in 2021 dropped to the lowest rate since tracking began in 2005, according to ATTOM Data Solutions.

“In 2006 to 2008, really what drove price appreciation being so high and home evaluation being so inflated was the idea of excess,” Bachaud said. “People were given a lot more credit than they [should have been]. They had a lot of risky loan types.”

The pandemic shifted people all over the country, leading to demographic changes at warp speed. Buyers bidding on homes and driving up the cost of housing shows the fundamental supply-demand economy at work.

The lead-up to the 2007 housing collapse saw speculation, over-extended credit and other factors that artificially inflated prices.

“What we’re having now is the complete opposite. We have a market that’s run on scarcity,” Zillow’s Bachaud said. “That’s an organic and sustainable thing that’s happening. In that sense these are completely different markets.”

Alberto’s clients in San Diego are more concerned about simply finding a house to make an offer on. Same goes for Dirk Hmura, with ELEETE Real Estate in Portland, Oregon. He said he isn’t hearing so much concern about a bubble as much as the impact of rising interest rates.

“In Portland, we have such a lack of inventory — zero homes for sale,” Hmura said. “There’s so much demand out there still … we’re getting eight to 12 offers on every house.”

And with millennials taking over as the country’s largest group of homebuyers, there’s no indication that will slow soon.

“We’re still three to four years away from the peak first-time homebuyer age in the millennial generation,” Duncan said. “Secondly, when you look at the underwriting criteria, the risks being taken in the lending space are nothing like they were back in the 2005 to 2007 timeframe.”

“Those two things together suggest it’s more of a mismatch of supply and demand,” he added.